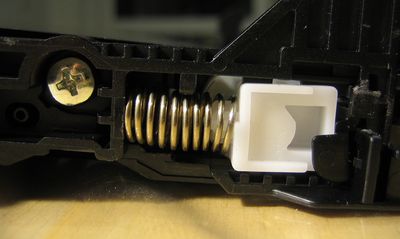 TODO: As it turned out, I obviouly initially hit the correct trimmer position of VR1 by chance: The trimmer position must be in a range of about +/- 5-10 degrees to be optimal, i. e. leading to a correct calibration!